In Reflow 1.6.1, we've made Point Templates even more powerful. Most adjustments you make at the template level will now carry over to your devices automatically – no need to remap. On top of that, the new system allows us to shrink the size of your configuration files, reducing them by up to 60%!

In this article, we'll take a deep dive in to Reflow Points Templates and the upcoming changes in 1.6.1. If you'd like the TLDR version or prefer a visual learning experience, Chris has you covered over on our YouTube channel.

What is a Points Template?

The interface and architecture of the Reflow equipment system has remained relatively consistent since our first beta release. It's a straightforward system: devices are grouped into equipment types (think AHU, VAV, etc.) and each equipment type has its own Points Template.

The Points Template determines how Reflow will import devices from Niagara and how points will be displayed to users. Common items in a Points Template include point names, groups, and Niagara identifiers, as well as options to organize and display groups and points on the web page that end-users will see.

In Reflow 1.6.0 and earlier, when you import your device from Niagara, Reflow copies the entire Points Template from the equipment type to the device in the configuration. It then maps all of that device's Niagara points to the points and groups copied from the template.

The lack of connectivity between the two is why, if you make changes to a Points Template, you will get prompted with an alert asking if you want to remap existing devices to new version of the template.

If you need to change the name of a point just do it in the Points Template and know that all devices will reflect that change! No remap required!

Of course, it's still possible to customize points and groups at the device level – you'll do that the same way as you've always done in Reflow – it's just stored a little differently now. Instead of storing the full template including any differences for each device, Reflow will now only store the differences on each device and leverage the original Points Template to fill in the rest of the details.

Any time you add points or change point identifiers of existing points in a Points Template and want to take advantage of Reflow's automatic point import you will need to remap your devices. During a remap, Reflow examines each device and connects its point list to the proper Niagara points based on the point identifiers in the Points Template – just like it did when you initially added the device.

With the new Points Template behavior and method of storage, we can now determine which points and groups in a device differ from the template and show those differences to you in the configuration UI.

Points and groups that are named differently from their Points Template will appear in bold text. Editing a name that differs will also display a new "reset" button that will allow you to easily reset the name back to what's in the template – linking the two back together.

Points and groups that are added to a specific device (that don't exist in the Points Template) will also appear in bold and will be colored green to indicate that they are device specific.

These updates change the structure of your Reflow configuration file, so be warned that you will see a migration popup after installing Reflow 1.6.1 on an existing configuration. Migrations always create a backup of your configuration before changing anything – so while we don't think you'll experience any issues, if you do, you can always restore from your backup and reach out to us for a fix!

Coupling devices more closely with Points Templates and the new method of storage gets rid of a ton of no-longer-necessary, duplicate data in Reflow configuration files. As mentioned earlier, in our testing we've seen as much as a 60% reduction in total configuration file size – this is before compression and caching which reduces file size even further! 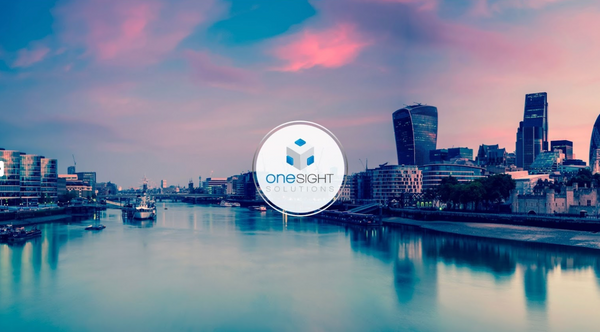 We're excited to announce our newest partnership with UK-based One Sightsolutions. One Sight customers can purchase Reflow directly from them starting today!

At NiagaraMods, we strive to partner with organizations that share our philosophy, and we've found a perfect match with Innon. I'm excited to announce that we have partnered with them to distribute Reflow to their customers.